Also known as the fallacy of the maturity of chances, or the Monte Carlo fallacy, the gambler’s fallacy is the belief that odds can change over time in a situation of pure chance. In other words, it’s the belief that if a player has been having a bad streak during a poker game, their luck will begin to improve as the game continues. Alternatively, a poker player starting out strong in a new poker game may believe their luck will get worse as they carry on playing.

The gambler’s fallacy is, in essence, a construct of the human mind in order to create a sense of natural balance. This fallacy is not true by any means, however, and is a mistake made by many players. The sense that their luck may improve naturally can create a false sense of security for the player, causing them to become more relaxed during the game, and more likely to make mistakes.

The Origins of The Gambler’s Fallacy

The gambler’s fallacy can find its origins from a psychological standpoint. The fallacy first arose from the belief in a law of small numbers, where certain, famous examples can apply to the population as a whole. For instance, players may learn of a poker game where the winner started out extremely badly and made a large loss at first, but as the game progressed, the winner’s luck seemingly improved until they eventually ended up winning. This type of belief has been coined by psychologists as a cognitive bias, where the brain links famous events and creates the illusion that such notions as luck can ultimately play a part in a game of chance.

The most well known example of the gambler’s fallacy occurred in Monte Carlo on the 18th of August in 1913, during a game of roulette. The ball fell in the black 26 times in a row, which is extremely unlikely, but still very much a possibility. Gamblers, believing the game would balance out and a streak of landing in the red would follow, ultimately lost millions betting against the black. 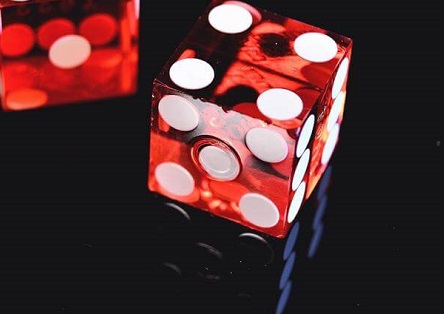 The Gambler’s Fallacy for New Players

New players must always try and remember that the famous winning streaks they hear about are not based on natural balance, but by pure chance, and often by the strategies used by professional players. This can also apply to seasoned players, as the chance of eventually running into a loss is just as possible as another win after a streak of winning games.

The gambler’s fallacy can therefore be seen as a disadvantage. While it can be argued that having a belief in luck can improve the player’s morale overall, it would be more advantageous for the player to view the game exactly as it is: a game of chance. This can allow the players to create strategies that can improve their chances, instead of relying on the belief that some kind of balance will be restored naturally.

It’s been noted that the belief in the gambler’s fallacy decreases with age, as more experienced players learn that chances of winning real money and losing are always the same, depending on the type of game that is being played.

Previous: Overview of Sahara Boardwalk Hotel and Casino
Next: Presenting You with Similar Online Slots to Brilliant Fruits Slot